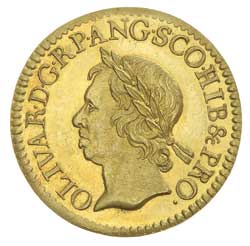 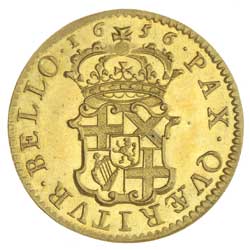 In some correspondence from D.G.Liddell he notes the coin was purchased on 27th November 1967 from a client. It was then listed in the Numismatic Circular in September 1967 at £650.

The issue was believed struck in 1738. The coin is of same weight as other examples although noted on a few types as 6.35 g (sic).