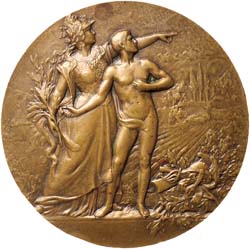 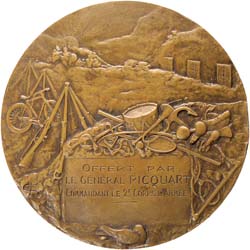 General Georges Picquart (1854-1914) was minister of War from 1906-1909, who also as head of counter-espionage investigated the miscarriage of justice and antisemitism in the conviction and imprisonment of Alfred Dreyfus (1859-1935) for life imprisonment for treason and he being sent to Devil's Island in French Guiana. The so called Dreyfus affair was a political scandal that divided the Third Republic from 1894 to its resolution in 1906. It resulted in Dreyfus being reinstated as a major in the French Army.