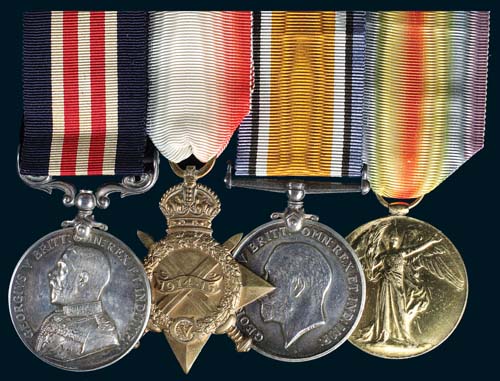 Recommendation: This N.C.O. was buried twice by shells exploding in his vicinity, and though considerably shaken each time refused to go to the rear and stayed in command of his section. He did excellent work during the whole time and his example tended to inspire his men.

With full Service File as well as comprehensive other research.