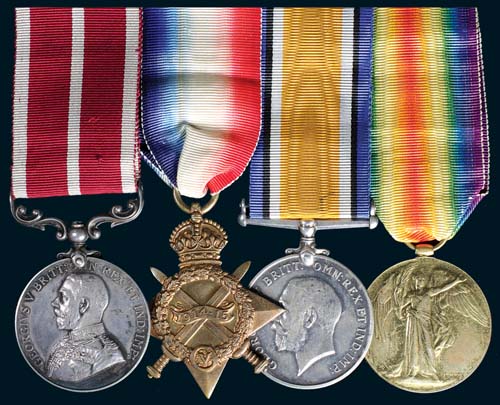 'For conspicuous bravery and devotion to duty whilst driving a horse float during August and September 1918. Driver Martin was continually passing through villages and areas which were being shelled collecting animals from units for evacuations to Mobile Veterinary Sections. This man has always carried out his duties with great devotion and courage, especially during the last six months fighting on the Somme.' One of four awarded to Mobile Vet.Section.

With copy of Service File.