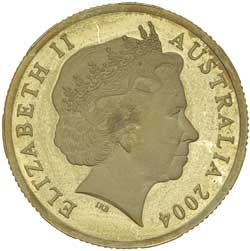 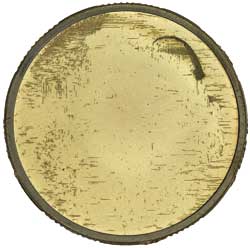 ELIZABETH II, baby proof set, 2004 with error one dollar, a spectacular error, uniface with obverse struck fully with a semi matte surface probably being a test piece struck prior to polishing the die, reverse blank but on close examination and by tilting the coin a holographic image of the 'mob of roos' design can barely be detected. In case of issue, FDC and extremely rare.