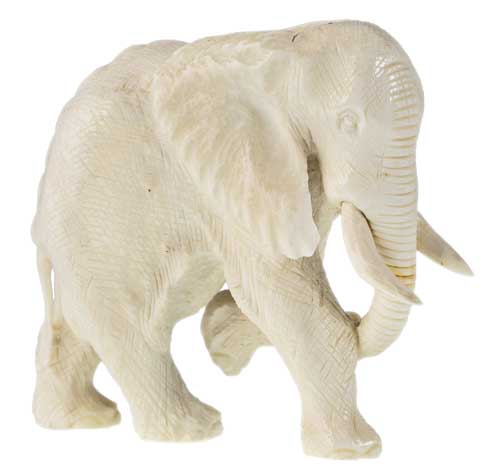 AFRICA, 20th century, tusk elephants of various sizes, one mounted on a wooden base. Very fine. (12)