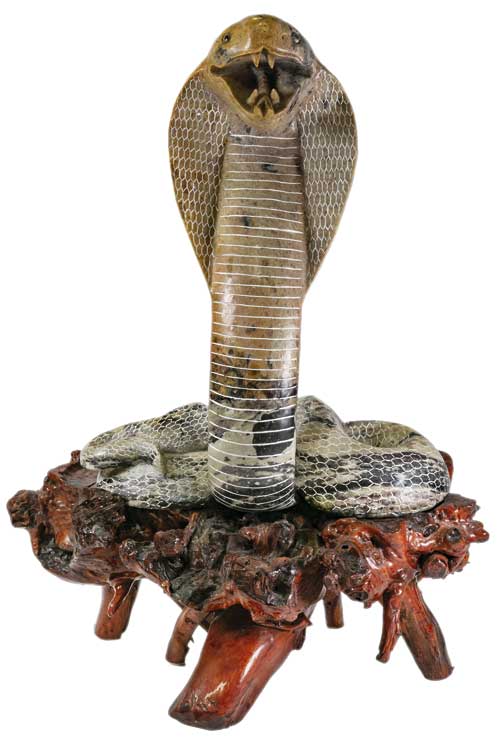 SOUTH EAST ASIA, 20th century, stone figure of a king cobra, carved of soapstone, modelled in a striking pose with skin picked out in white, on custom wooden base, (400mm high). Very fine.

No mail out for this lot, collection only from the Sydney Office, or buyer to make own arrangements.