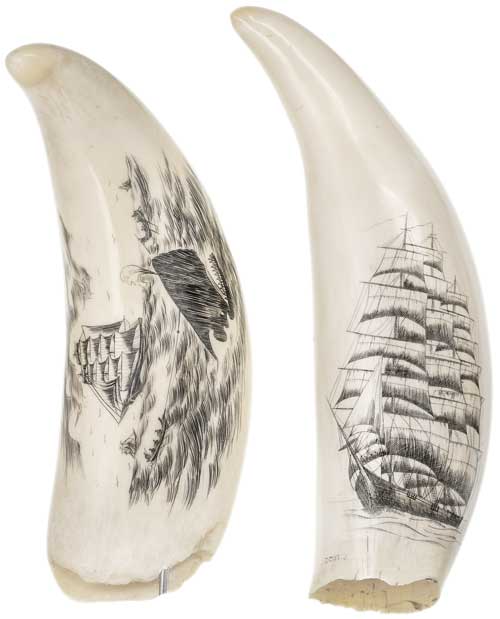 SCRIMSHAW, 20th century, two examples, the first engraved with a ship under full sail, the second depicting a whaling scene and a ship under sail, (150mm and 160mm long). Very fine. (2)