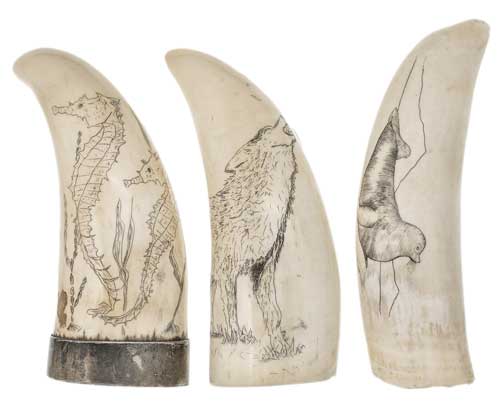 SCRIMSHAW, 19th and 20th century, three examples, the first depicting seahorses with a plated mount, the second a howling wolf and the third a seal, (110mm, 115mm and 110mm long). Very fine. (3)