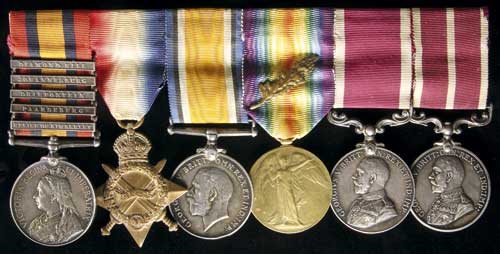 Together with MID certificate, 10th April 1917, with folds, two holes and water stain.