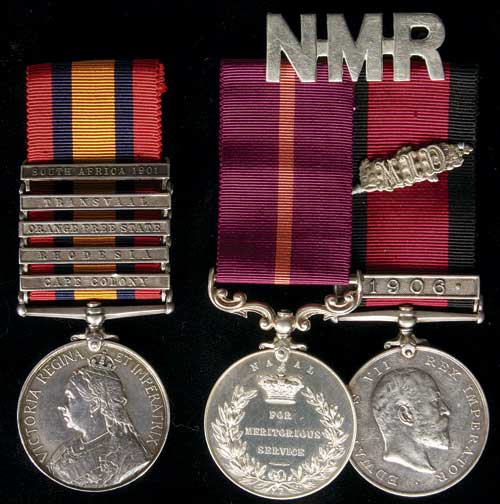 In 1903 Lieutenant Colonel took up duties as Assistant Adjutant General for artillery at Melbourne temporarily. He also served as State Commandant of Western Australian forces. In 1910 Lieutenant Colonel H. Le Mesurier (A. and I. Staff) was selected as one of the officers to attend a course of instruction at Sydney University. Also in 1910 he was appointed commandant of the South Australian military forces and not long after appointed Colonel. He died at the age of 57 after a protracted illness and was laid to rest in a massive ceremony at the West Terrace Cemetery, Adelaide, South Australia on 26 November 1913. The size the ceremony demonstrated the high regard in which the late Commandant was held by all ranks.

During the visit to Western Australia in November 1908 of His Excellency the Governor-General, the opportunity was taken to present several decorations and medals to various members of the Commonwealth military forces. The occasion was held at Government House. One recipient was Sergeant H. Le Mesurier (late Natal Mounted Rifles) who received the Meritorious Service Medal and the Natal Medal and clasp 1906 (Zulu Rebellion, 1906).

Sergeant H. Le Mesurier, son of the W.A. Commandant (Lieut-Colonel Le Mesurier), served in the South African campaign with the Natal Police (Queen's South Africa Medal and clasps). During the Zululand Rebellion of 1906 he served as a trooper in the Natal Mounted Rifles. Whilst with them he volunteered to ride, and subsequently rode, up the face of Knobkerrie Hill, in order to draw the fire of the rebels, locate their position, and indicate to the column a path by which to scale the kopje. On completing his duty he rejoined his column under a heavy fusillade of assegais (spear) and bullets. For this "plucky and meritorious act", as it was described in General Orders, Private Le Mesurier was, the same day, promoted to the rank of Sergeant, and recommended for the Meritorious Service Medal. This medal the Governor-General pinned on Sergeant Le Mesurier's tunic in the name of H.M. the King, wishing him at the same time a long life to wear it. His Excellency also presented him with the Natal Medal and clasp, 1906.

With research including a full account of Colonel H. Le Meseurier's funeral.