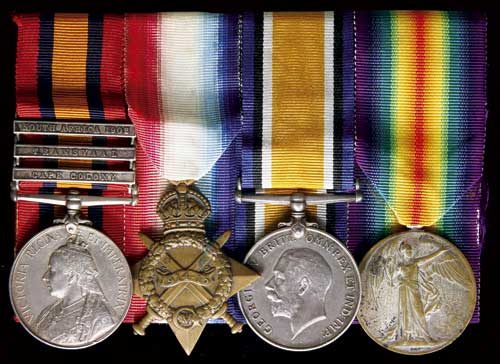 Natal Light Horse was an irregular South African unit formed by Colonel J.R.Royston in August 1914. A full roster of 600 men was recruited within ten days with many Australians who had served under Royston during the Anglo-Boer War joining up.

With copy of unit medal roll for QSA, also a b&w photo of Tpr Reardon and a storage box.