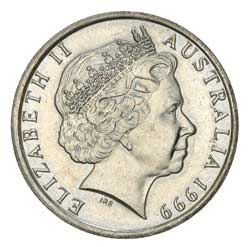 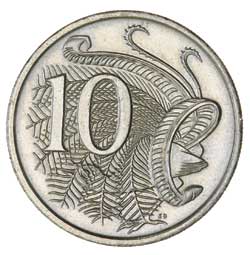 ELIZABETH II, ten cents, 1999, struck with obverse for the one dollar coin. Sold with a circulated coin of the same date from the ten cents obverse die where the legend is one mm further away from the rim. Uncirculated. (2)