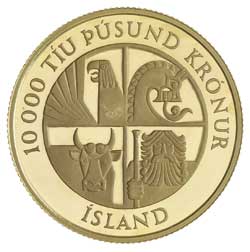 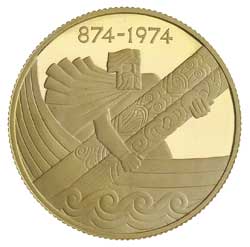 The coins were designed by Icelandic artist Th. Magnusson and were struck by the Royal Mint of Great Britain.