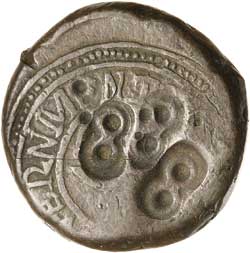 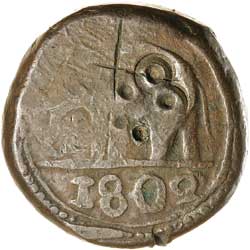 CEYLON, local coinages (1801-1816), one twenty-fourth of a rix dollar 1802 countermarked with three figure 8s in relief on the obverse and twice on the reverse; 1803 uncertain issue countermarked on the obverse; one forty eighth rix dollar, 1801 with raised dot in incuse punch on the obverse, two 'thimbles'on reverse, also copy quarter farthing, 1851, and set of three strikings in copper, gilt and silver of a four rix dollar, 1812. Very good - uncirculated. (7)