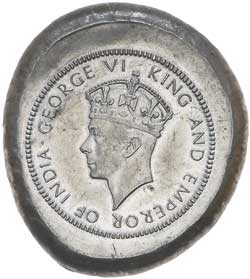 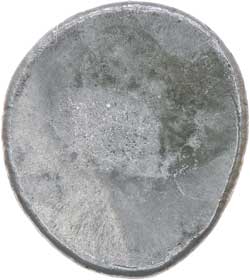 CEYLON, George VI, test strike of the obverse of a one cent, 1937 (KM.111), on a broad nickel flan (32mm), not perfectly round. Good extremely fine and probably unique.