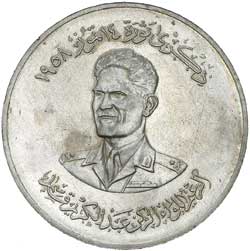 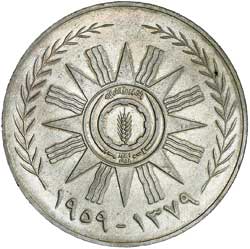 Abd Al-Karim Qasim Muhammed Bakr Al-Fadhli Al-Zubaidi (21 November 1914 - 9 February 1963), was a nationalist Iraqi Army brigadier who seized power in the 14 July Revolution, wherein the Iraqi monarchy was eliminated. He ruled the country as 24th Prime Minister until his downfall and death during the 1963 Ramadan Revolution.