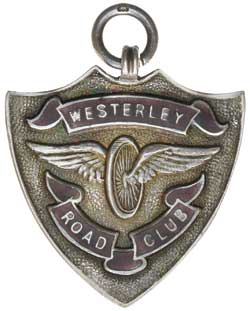 The Westerley Road Club based in Ealing, West London was founded in 1924. In 2003 the name was changed to Westerley Cycling Club.