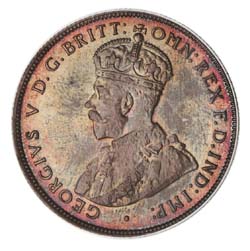 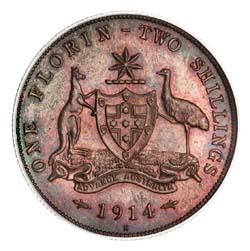 Ex Birmingham Mint Collection, Spink & Son London 1981 and Spink Australia. Three specimen florins were sold by the Mint, two examples in the display board (obverse and reverse) and this example in the archive collection which is a gem example and can't be bettered, it has been slabbed by PCGS as PR66, sole finest example and only example graded proof.