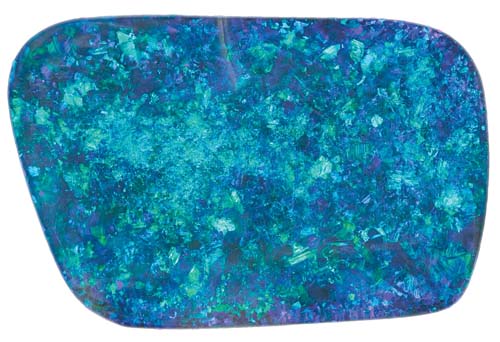 BLACK OPAL, solid, 443.56 carats (76x50x16mm), blue green/blue, known as 'The Pacific' so named after the largest sea, the Pacific Ocean and owing to its colour. Discovered at Lightning Ridge in 1989, this unique gem stone was recorded as the largest in the world in the 1990 edition of the Guinness Book of Records. It is of a freeform oblong cabochon shape with a large blocky pattern. Its appearance in auction is a once in a lifetime opportunity to own an Australian mineral specimen icon.

Sold with the 1990 Guinness Book of Records, and the Gem Studies Laboratory Report.