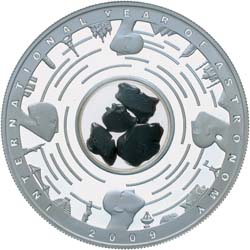 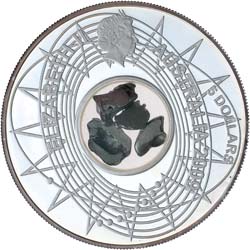 One of two samples made (subtle differences with final coin) to be used in Paraguay where meteroite material was processed for the capsules. The actual source for the meterorites was Argentina. The process of moving parts was licensed by CoinJewels under their patent to The Royal Australian Mint who struck these coins.