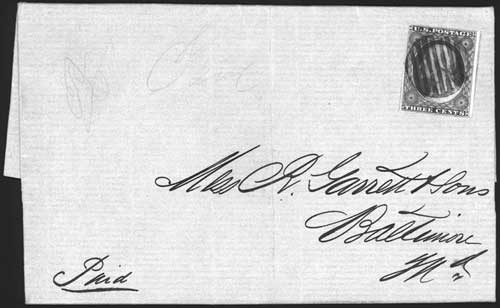 USA, 1851, 3c Copper-Brown 4 margins cancelled with 7-bar circular grid in Brown not tied on Blue cover, annotated Paid. Cover has file-fold down middle. Together with six other covers, three franked with 1857 3c, the others with 1862 3c. Used (7).