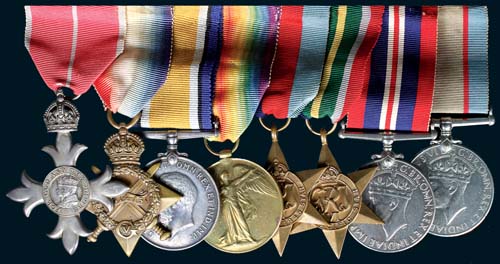 Note: Last two medals with incorrect first initial of M, should be N.

MBE: LG 11/7/1940, p4246 in King's Birthday Honours List, to Lieutenant Norman Henry Simmonds, HMAS Cerberus, RAN. The MBE presented to Mrs Simmonds by the Governor-General at Admiralty House, Sydney on 13Jun1942, as her husband was on active service.

With one page confirming MBE award.