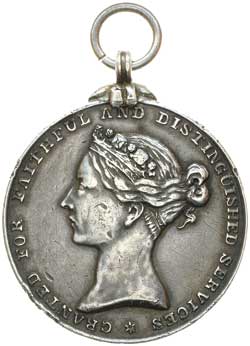 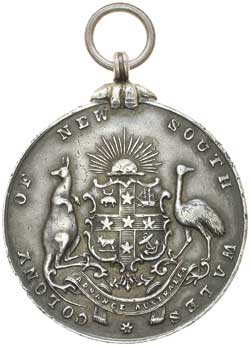 Sergeant Doyle enlisted in England in 1825 joining the 17th (Leicestershire) Regiment of Foot arriving in the Colony of New South Wales 1831. A large portion of the 17th saw service in Tasmania before Afghanistan on their return journey. Michael Doyle was offered a posting in the newly gazetted Mounted Police joining in July 1832 serving 'faithfully' until being shown in the Mounted Police Defaulters Book he was described as being caught 'not wearing his sword on bush duty', his penalty '15 days Police Pay stopped' in October 1846. He was again charged for the same offence in 1847 with the same penalty. This did not dent his reputation for on the Troop Order No.4 Sydney, 1847 records:

'The Commandant has much pleasure in publishing to the Mounted Police that His Excellency the Governor has been pleased to express His approbation of the zeal and good conduct displayed by Sergeant Doyle, commanding the detachment of Mounted Police, stationed in Liverpool as well as by the men under his orders in their capture of a gang of Bushrangers, who had been for some time committing depredations to a great extent in the District. His Excellency has been pleased to direct that a reward of £10 shall be paid to Sergeant Doyle, also £5 to Corporal Naughton, Troopers Archer, Evans and McEcklegun.
By order, Jno Mclerie Mounted Police.'

The Police Gazette May 22 1876 lists the discharge of Snr Constable Michael Doyle No.514 with a gratuity of £202-10-0.
(extract from 'Apprehension of Bushrangers, Medals and Rewards' 2008, used with kind permission of the author Les Carlisle A.F.A.N.S.)

Freeman's Journal, published in Sydney 20/3/1851, p10, Col 1 'Medal for the Police - a silver medal has been struck in Sydney to be given to those of the Police who are deemed of distinction. The medal is about as large in diameter as a five shilling piece, but more massive. On one side is the Queen's head with the inscription, 'Granted for faithful and distinguished services', on the other the arms of Australia, with the words 'Colony of New South Wales'. The name of the party to whom such a medal is given is stamped on the edge.'